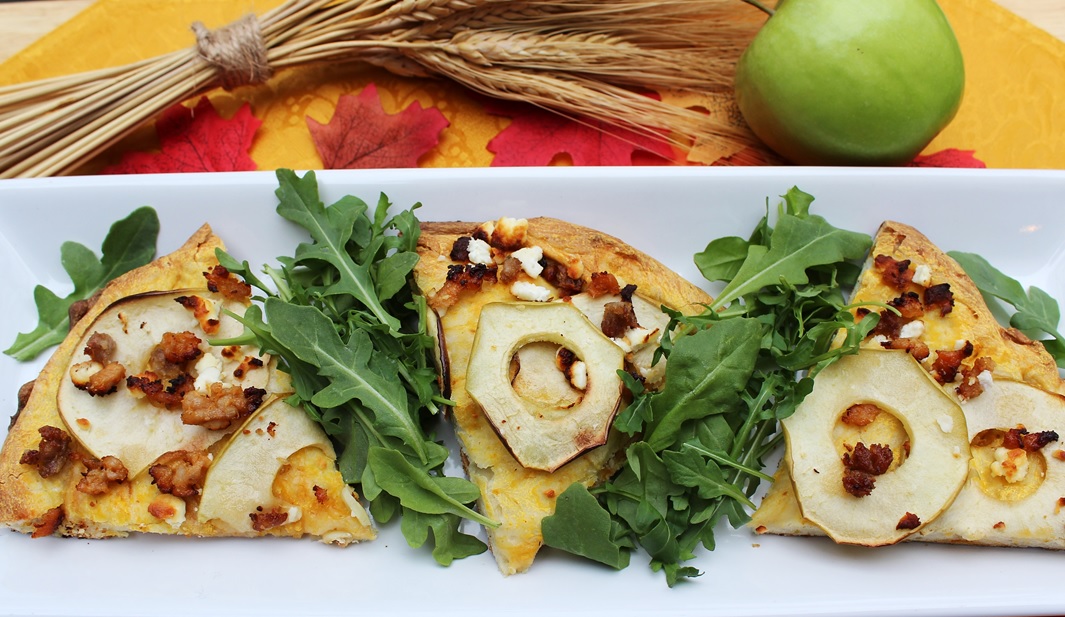 1. In a small bowl, mix together half (3/4 cup) of the warm water, brown sugar and yeast. Allow mixture to sit for 5 minutes, or until it begins to foam.

2. While the yeast begins to proof, in a small saucepan, combine remaining half (3/4 cup) warm water, butter and salt. Heat pan until butter melts. Allow to cool until warm (where you can safely stick your finger into it without getting burned). Combine with yeast mixture into a bowl and transfer to a stand mixer.

3. Add the pumpkin puree to your butter-yeast mixture; mix well. Mix in 6 cups of bread flour. Using the bread hook attachment, on speed 2, mix the dough for approximately 10 minutes. Add enough flour so that after one minute of mixing, the dough ends up sticking more to the hook than the sides of the bowl. The dough should be a little-bit sticky but not too wet.

4. Cover the bowl of the stand mixture with a damp paper towel and allow dough to rise until double, approximately one hour.

5. Preheat oven to 500 degrees (F). Once the dough has risen, cut off half of it. Sprinkle the half with flour and mold it into a ball. On a clean surface that’s covered in flour, place ball and roll out to your desired thickness. Place on a pizza pan and place into preheated oven. Bake for 3-4 minutes; remove from oven.

6. Remove casings from Premio sausage. In a skillet over medium heat, cook sausage, crumbling it up using a spatula as it cooks, until browned and slightly crispy.

7. Cut apples into thin slices and layer onto pizza. Sprinkle sausage over top the apple layer. Cut goat cheese into pieces or chunks, and place atop apples and sausage.

8. Place into preheated oven and cook for 10-15 minutes, or until bottom of dough begins to brown.

9. Remove pizza from oven. Allow to cool slightly before serving and enjoying! 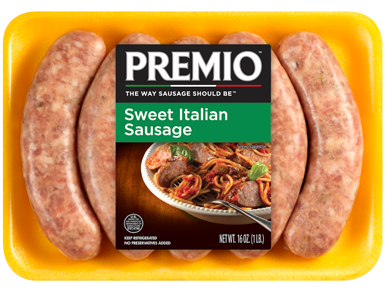