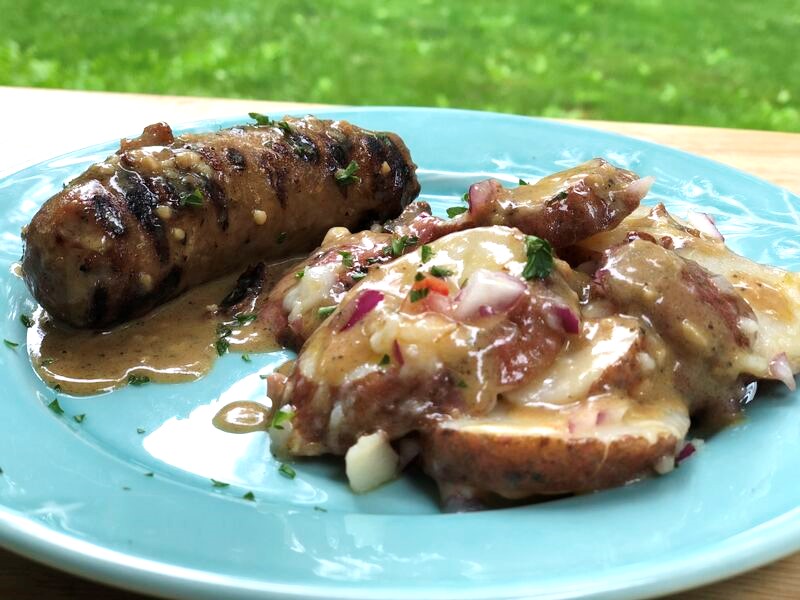 How to make Grilled Sausage & Potato Salad With Bacon Vinaigrette:

1. Put the potatoes in a large pot and cover with salted water. Bring the water to a boil, then lower the heat. Let the potatoes simmer until they are tender, about 8 to 10 minutes. Drain the potatoes and rinse them with cold water to cool them off completely.

2. In a large bowl, combine the mayo, red onion, celery, mustard, apple cider vinegar, salt, black pepper and paprika. Stir until well combined. Add the potatoes and stir until the potatoes are evenly covered in the mayonnaise mixture. Cover the bowl and store it in the refrigerator.

4. Cook the bacon in a skillet over medium-high heat until the pieces are crispy. Remove the bacon from the skillet but leave the drippings. Add the brown mustard, honey, garlic, salt and black pepper. Whisk until combined.

5. Slowly add the apple cider vinegar to the skillet, whisking as you pour it in. Continuously whisk the mixture until it has thickened. Add the bacon pieces back to the skillet. Keep the vinaigrette over a very low heat while you grill the sausages.

6. Cook the sausages over medium heat with the grill’s lid closed. Let the sausages cook about 8 to 10 minutes, turning them occasionally.

7. Gather 4 plates. Add a sausage and a helping of potato salad to each. Serve. Drizzle the bacon vinaigrette over the sausages and potato salad as desired. 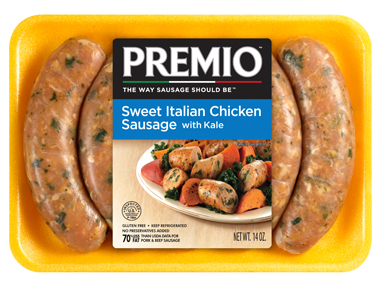 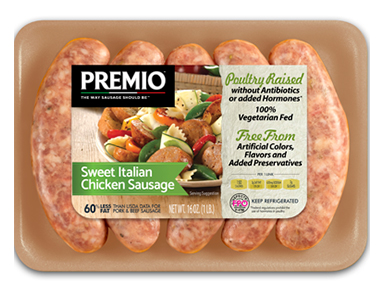