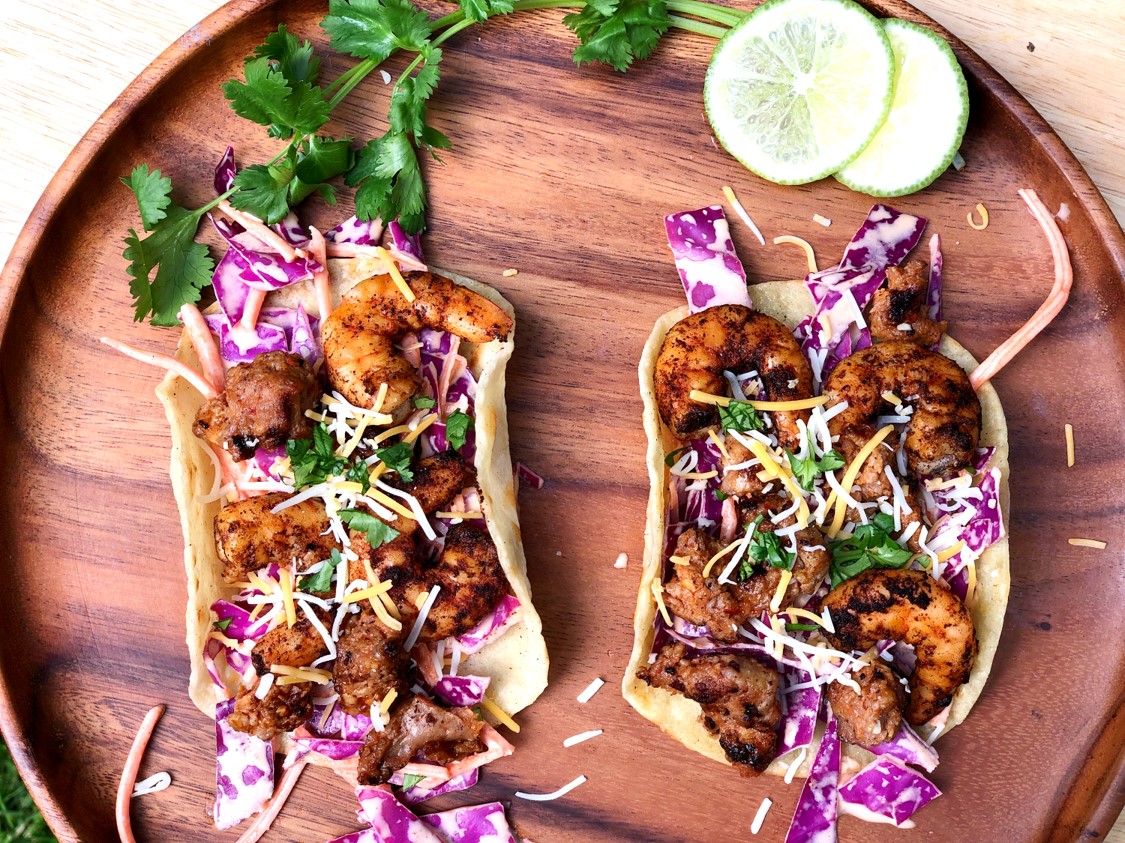 1. Preheat the oven to 350 degrees. Wrap half the tortillas in an aluminum foil packet and repeat for the other tortillas. Warm them up in the oven for about 15 to 20 minutes.

2. Make the sriracha slaw. Combine the sriracha, sour cream, mayo, sugar, salt, black pepper, paprika, cumin and cider vinegar in a bowl. Stir until all the ingredients are well combined. Stir in the shredded carrot and cabbage until the vegetables are evenly coated. Cover the bowl and store in the refrigerator to keep the slaw chilled. You can also make the slaw the night before to let the flavors combine more fully.

3. Preheat the grill. De-vein the shrimp and remove the tails and shells. Toss the raw shrimp in the garlic, cayenne pepper, paprika and cumin until they are evenly coated with the spices.

4. Create foil packets for your shrimp. Once the grill is heated, add the foil packets and let the shrimp cook for about five to seven minutes.

6. Now for the fun part — building your tacos! Add shrimp and crumbled sausage to each taco, then top them with the sriracha coleslaw. Sprinkle some shredded pepper jack cheese and squeeze lime juice over each taco, too. Serve immediately.