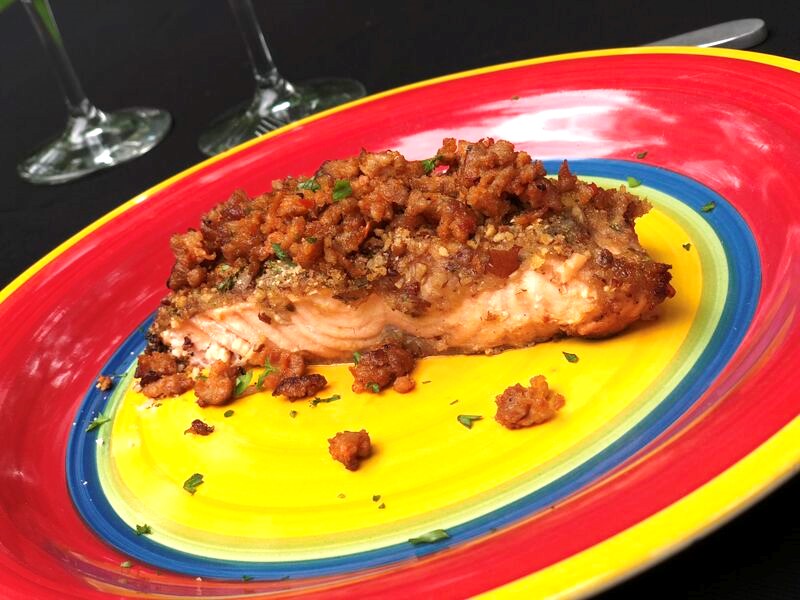 1. Preheat the grill to medium heat.

2. In a bowl, combine the Dijon mustard, butter and honey. Stir until the ingredients are well combined.

3. In another bowl, combine the breadcrumbs, pecans and parsley. Stir to incorporate all ingredients.

4. Create foil packets for the salmon. Place two fillets in each foil packet and season the fillets with salt and black pepper. Brush each fillet with the honey mixture and then top each with the pecan mixture.

5. Put the foil packets on one side of the grill, cooking them for about 10 minutes per inch of thickness.

6. While the salmon is cooking, put the sausage in a grill pan on the other side of the grill and cook until it’s done and slightly browned.

7. You’ll know the salmon is done when it’s soft and flakey after you test it with a fork. When the salmon is finished, cut into the top of the packets to let the steam escape.

8. After you’ve let the steam out of each foil packet, put each salmon filet on a plate and add sausage on top of the breadcrumb mixture. Serve. 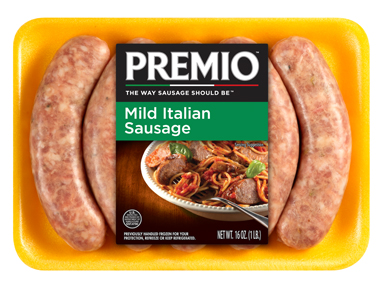